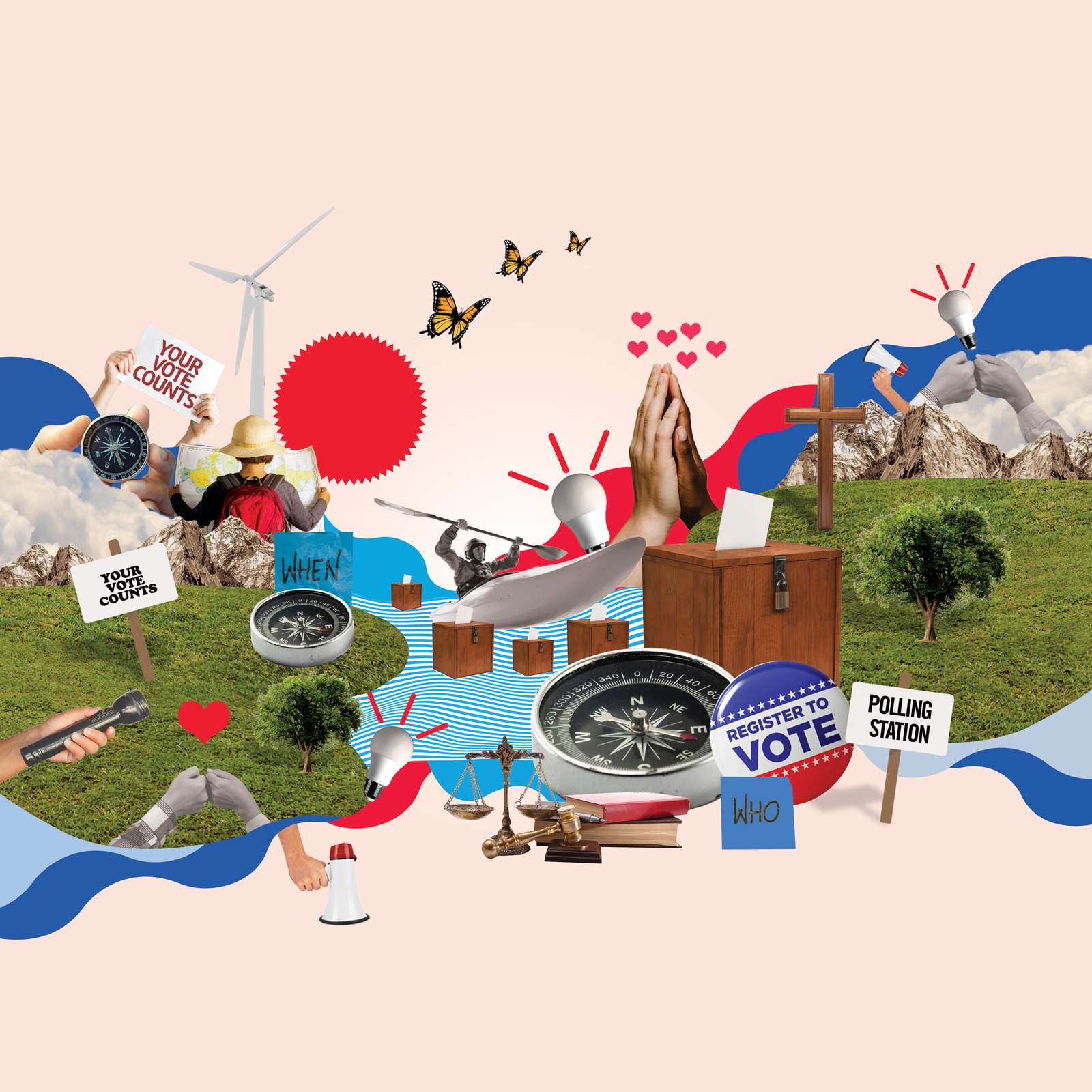 “We steward our influence well when we allow Scripture and biblical principles to shape our political outlook.” By Michael Wear
Article
Share

Politics is everywhere, and it seems like everyone is talking about it, particularly so close to a presidential election. While some young people are politically involved—both in healthy and unhealthy ways—many others view politics as a waste of time. It can often seem as though politics is a forum for put-downs and self-promotion.

For the Common Good

Politics is the means by which we decide as a community how to govern ourselves, how to manage public resources and, to a significant extent, how we ought to live together as one people. These decisions affect the well-being of the community and the people who are a part of it. Your life is affected by political decisions in a nearly-infinite number of ways. Much of what you believe to be wrong with the world, and your ideas about how to make the world better, intersects with politics and various policies. Those who are disadvantaged or vulnerable are often affected by political decisions in particularly powerful ways.

As Christians, we seek to be faithful with the responsibilities and opportunities we have—and that ought to include our civic duties. To be faithful is not to control the outcome. Which is a good thing, because in politics, very little can be controlled by an individual or even a group of individuals. We live in a diverse nation, and our communities are made up of diverse people with diverse needs and interests. To be faithful in politics is to steward our influence and responsibilities well, regardless of the ultimate outcome.

We steward our influence well when we allow Scripture and biblical principles to shape our political outlook. Politics is not befuddling to God. Jesus is not anxious about our political problems. We can trust that Jesus has something to offer us and that Jesus is trustworthy in politics as He is in all things. The problem is that we have a political system that seeks to shape us as Christians into its own image, and discard aspects of what we know to be true. In “Compassion & Conviction: The AND Campaign’s Guide to Faithful Civic Engagement,” I, along with my co-authors Justin Giboney and Christopher Butler, offer a biblical framework that Christians can use to engage in politics.

The choices our politics try to force us to make—between compassion and conviction, love and truth, social justice and moral order—are false ones. They are not found in Scripture, and they are not necessary today. A Christian’s political witness should reflect both love and truth, just as Paul describes a Christian’s witness in Ephesians 4:1-4. Political parties tend to organize around one set of values (social justice, equality, fairness) and pit them against others (personal responsibility, opportunity, freedom), but these are, in the end, false choices for how we should be guided as a society.

So, we find ourselves in this position: we are obliged as Christians to participate in politics for the good of our neighbors, and we are obliged for the good of our neighbors to participate in politics as Christians. As we find ourselves in another intense political season, here are some tips for how you can do just that:

1. It’s important that you know what you believe outside of politics before you enter politics.

Without a firm faith foundation, the tools of political influence will be too powerful, and they will knock you off course. Read Scripture. Consult Christian tradition and the lives of faithful Christians active in politics like Dorothy Day, Fannie Lou Hamer and William Wilberforce. Understand that, paradoxically, the greatest Christian contributions to political life have been grounded in the truth that politics is not ultimate.

2. Carry and hold fast to your convictions no matter which party you belong to or what candidate you support.

Politics is about making decisions, and political decisions are rarely perfect expressions of our will. Again, recognize that we are a part of a political community, and that political outcomes will almost never reflect our precise desires or beliefs. So, when you support a policy or candidate, be cognizant of the downsides of that policy or candidate and be prepared to voice your views as difficult as it may be. Politics can be tribal, but Christians owe allegiance to no tribe, but instead to God, who loves and cares for all people.

3. Because politics is not ultimate, because political history is rife with unintended consequences, your political involvement should be tinged with ambivalence.

This is not an ambivalence which leads to inaction or quietism, but an ambivalence that remembers to keep your beliefs and values first, and does not prioritize political ends over faithful means.

4. Remember that politics is not an individualistic endeavor.

Not only can you partner with friends and individuals in your community to speak with one voice, but you can also partner with organizations with a mission to influence politics. With associations and broader efforts set in place, you do not need to shoulder the burden of political change on your own—which is not only unsustainable but ineffective.

5. While you should certainly consider your own needs when thinking about politics, Christians have an obligation to consider the needs of others as well, especially those who are less well off.

So be attentive to where the greatest needs are in your community, and the policies and politicians that seek to address those needs.

6. You do not need to do everything.

Not everyone is called to be a political activist. In fact, we need more people who are politically involved who do not view politics as the primary forum for serving others. Do not let an inability to do or know everything keep you from doing something.

Remember that your identity is in Christ, and that you are first and foremost a member of the body of Christ, which transcends political boundaries.

These are some lessons and tips that have helped me and many others in our roles as citizens. I am excited about a new generation adding their voice to our national story, and most of all, a new generation of Christians following Jesus in everything. 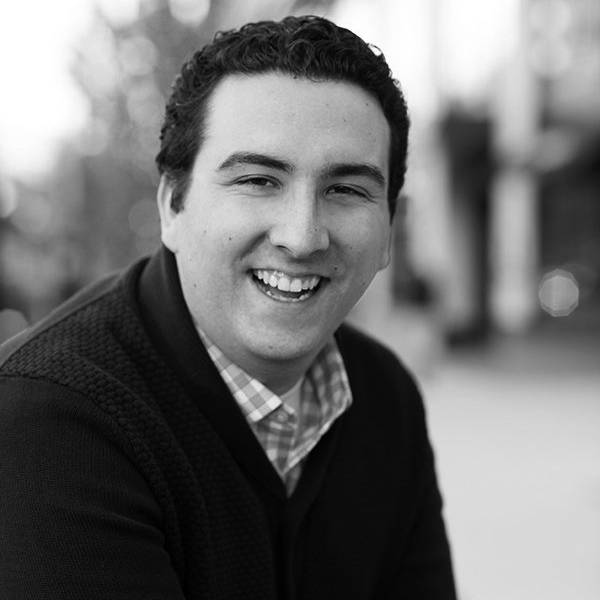 Michael Wear is Chief Strategist of The AND Campaign and co-author of Compassion & Conviction: The AND Campaign’s Guide to Faithful Civic Engagement. Michael previously served in The White House from 2009-2012. Michael and his wife, Melissa, write a newsletter on faith and politics at  ReclaimingHope.Substack.com. 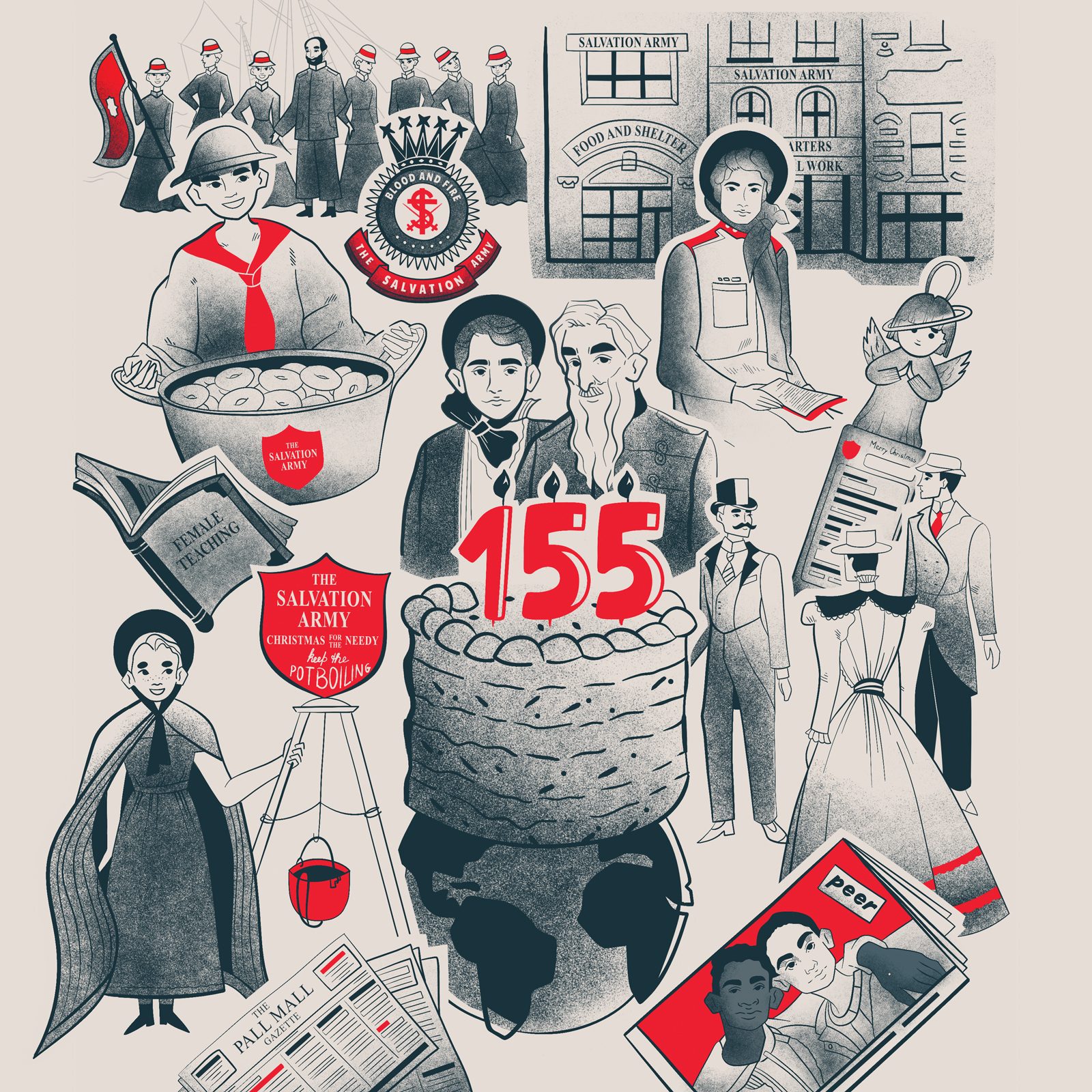 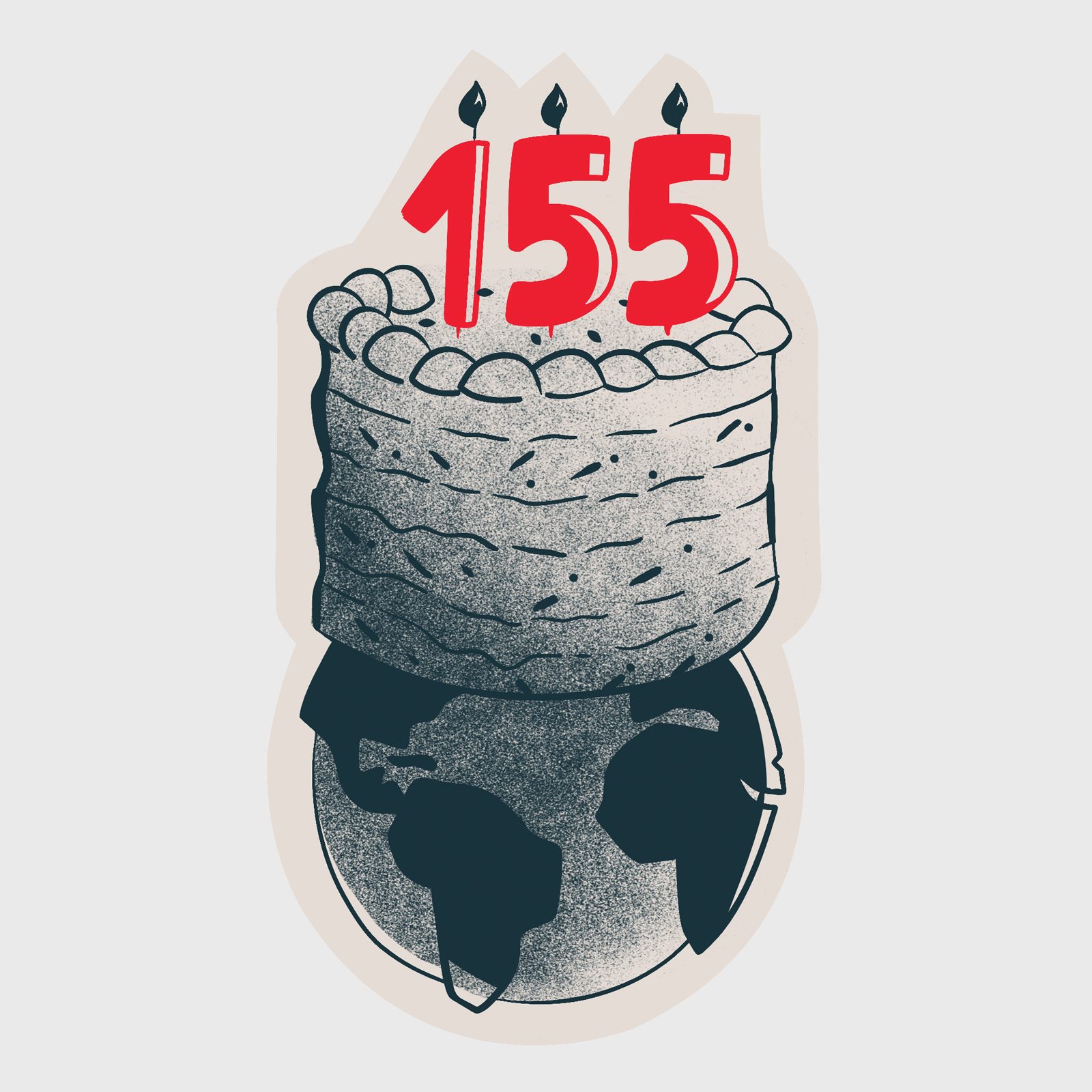 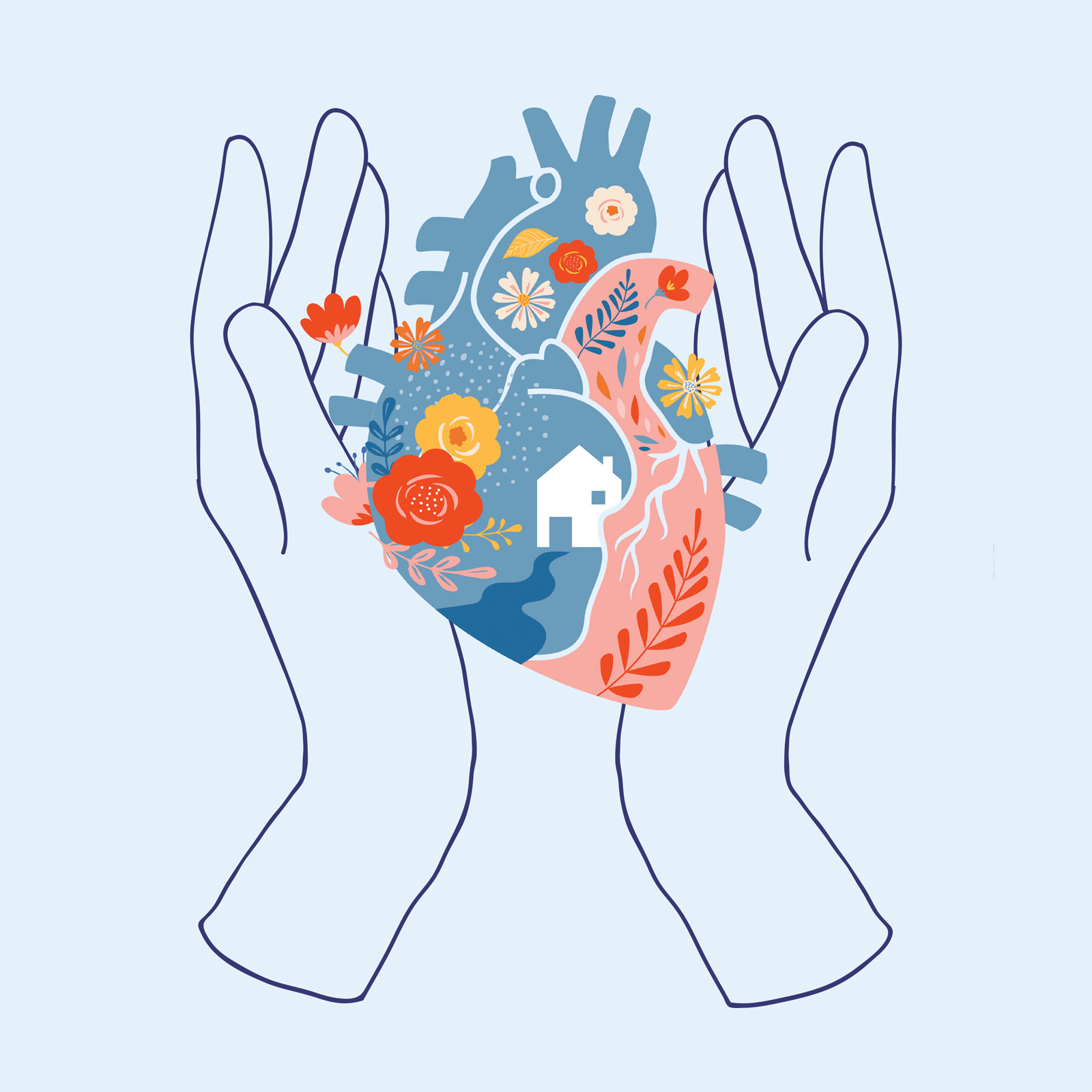 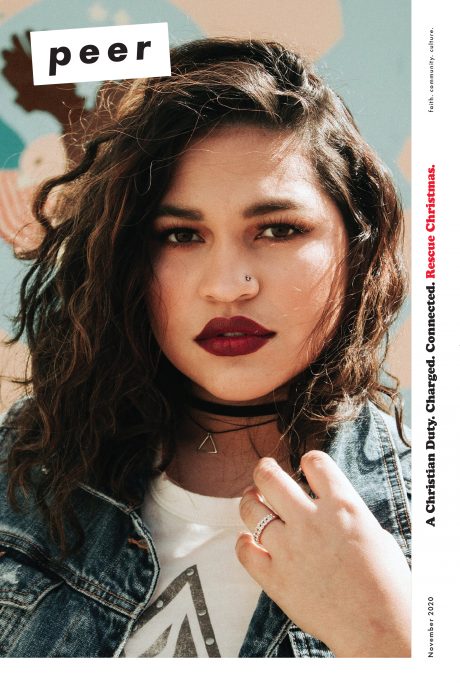