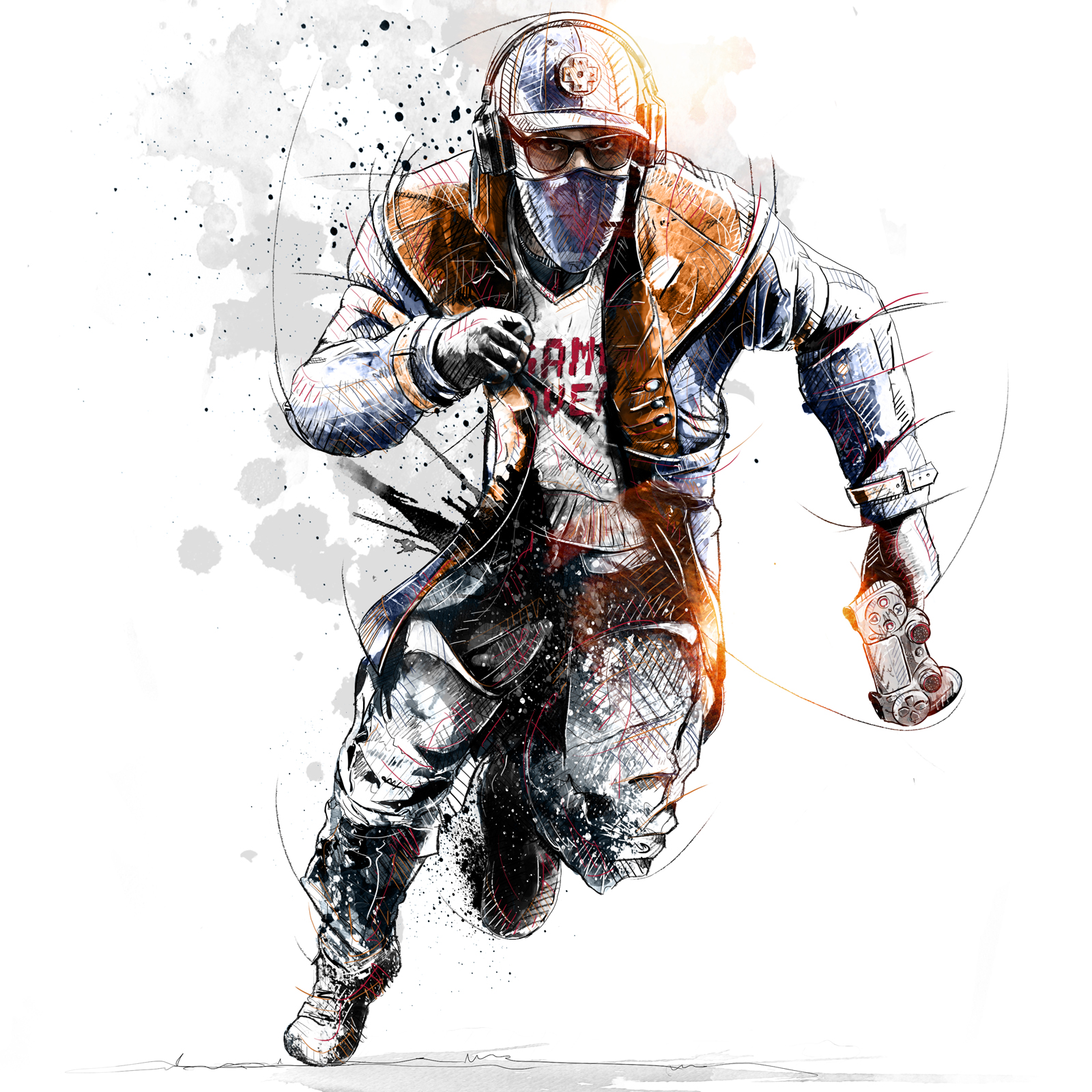 Are video games some kind of trap, starving us of fresh air, human contact and productivity? By Kevin Schut
Article
Share
Listen

It’s the night before an article is due, and I haven’t started writing it. Yes, even professors wait until the last minute sometimes. And instead of putting words on a page, what am I doing? Playing a video game. “Sid Meier’s Civilization VI,” to be precise.

It’s okay, though. I’ll just play for 30 minutes, then write for 30 minutes, then bed by midnight. I need my rest while I can get it. Except … aw dang it! It’s midnight, and I’m still playing. Well. It’s really too late to get any work done now. I’ll just take a couple more turns and then bed. Except it’s now 12:30 a.m. I don’t actually rip myself away until nearly 1 a.m., short on sleep and productivity.

What is going on here? I’m a grown adult—I have a daughter who’s starting to think about university. I’m constantly sleep deprived, I’m never quite as productive as I should be, and here I am, playing some blasted game at one in the morning.

I know I’m not the only one. I’ve read the research. I’ve read the stories about lost jobs and ruined marriages. I’ve talked to parents. “My son—he just can’t focus on his schoolwork. He dives into his games, and he just never comes up for air.”

Are video games some kind of trap, strapping us into mind-numbing button tapping, starving us of fresh air, human contact and productive work? As a Christian committed to a healthy life and changing the world, am I called upon to resist the siren call of video games?

Maybe you’ve heard the stories recently: game addiction is a legitimate medical condition, according to the World Health Organization (they call it “Gaming Disorder”). Or maybe you heard that the American Psychiatric Association is calling for research on “Internet Gaming Disorder” to determine whether it should become an official diagnosis. Mental health experts in both organizations worry that compulsive gaming can negatively impact people’s lives.

Other experts, however, contend that these diagnoses are premature. They believe current research on game addiction is either flawed or inconclusive. There are legitimate points on each side. Regardless of the terminology, however, it’s pretty clear that some people do, indeed, have a problem with gaming. It’s not hard to find evidence: just Google “game addiction,” and you’ll be flooded with stories. The science probably needs more research, but the problems are real. At the same time, it’s also pretty clear that while many gamers play a little too much, they’re nowhere near either a scientific or popular definition of addiction.

“I might be unhappy that the Georgian civilization shot my crossbowman last night, but it all makes sense. This artificial cocoon is more comfortable than real life.”

There are both good and bad reasons to worry about addiction and games. One of the bad ones is something called “moral panic.” Humans have a long history of freaking out about new stuff. All kinds of things we take for granted today—cars, printed books, long-distance communication, refrigerators—were new at some point, and things that change lives often scare people. In the 60s, 70s and 80s, the experts wagged their fingers about how awful TV was, even though nowadays, we find the reruns of those shows innocuous or even classic. In the 30s, it was gangster films that we find laughably goofy today.

Honestly, the criticisms weren’t always wrong, but they were typically overblown. When something is new—as video games kind of still are—we tend to notice both its positives and negatives more easily than stuff we’re familiar with. The fact is, before we had game addicts, we had couch potatoes and before that, avid “trash novel” readers.

But games do have features that encourage unhealthy play. For instance, they often encourage compulsive collection of digital objects or objectives. Games certainly facilitate friendships and communities all built around egging other players on, even when everyone should take some time off.

More diabolically, many games employ a kind of behavioral psychology that uses rewards to turn players into lab rats scrabbling after their next treat. This is not an exaggeration—game designers use academic research to strategically dole out gold coins or star bits in order to keep gamers playing, and hopefully spend a little money.

My particular poison when it comes to compulsive gaming is the very controllable artificial reality that games construct. Even the most complicated simulation or strategy game is far more manageable than real life. Managing my deadlines and deciding what to do in what order is exhausting and leaves me feeling vaguely guilty about the stuff I didn’t do or might be forgetting. A game, on the other hand, has clearly defined rules and outcomes. I might be unhappy that the Georgian civilization shot my crossbowman last night, but it all makes sense. And it’s just so compelling to do one more little bite-sized action that is well-defined and has a clear outcome. This artificial cocoon is more comfortable than real life.

So, What On Earth Do We Do With This?

Jane McGonigal’s answer in her popular book “Reality is Broken” is to argue that real life is the problem: real life should actually be more like games. While I think we can actually learn a lot about learning from good games, I remain unconvinced that McGonigal’s response is the one God calls us to.

God built a remarkable world full of remarkable people. I think we’re supposed to be creative, imaginative and playful. And video games can facilitate all of those things. “Minecraft” is the world’s biggest LEGO set and it allows us to play with builders around the world. The sprawling vistas of open-world games like “Horizon Zero Dawn” and “Red Dead Redemption 2” excite the imagination. Games like “Civilization” help us to think strategically and creatively.

“But when we withdraw too far into these unreal spaces in which we rarely come out of, we’re not really engaging the creation God gave us.”

But when we withdraw too far into these unreal spaces in which we rarely come out of, we’re not really engaging the creation God gave us. Nor are we fulfilling all the very real and healthy obligations and relationships God has put into our lives.

How much gaming is too much really varies from person to person, so I can’t give you some magical formula. Rather, there’s a series of things to consider:

There’s no single alarm bell here where we can say “we definitely have a problem here.” A temporary obsession with a game is not the same thing as long-term problem gaming. And when we’ve just had an argument with someone, it’s pretty normal to prefer solo gaming to speaking with that person. And it’s worth pointing out that gaming with friends is social interaction.

But if we’re honest with ourselves (which can be tough when we don’t want to be) and we find the games are swallowing up other important aspects of our lives, and when others around us start making remarks about this, then we need to start thinking about changes. We need to make time for physical activity, healthy eating, outdoors, our jobs, and most importantly, other people. And if we find we can’t do that by ourselves, then we need to take the step of asking others for help.

To be clear: I love games. I’m a lifelong gamer, and I believe so much in the creative and redemptive potential of video games that I’m launching a program at Trinity Western University this fall to teach students to work in the games industry. And hey, in spite of my struggles, you’re reading this article, right?

The key, as with all things in God’s creation, is to exercise some self-control and moderation. Take joy in the creativity, play and social interactions that video games give, and then be ready at the right time to turn them off.

And as a very important aside: if you’re not the gamer but a loved one watching someone else that you’re worried about, it’s okay to get involved with someone—but do it the right way. Don’t assume you know what’s happening in the gamer’s head, listen to what they have to say for themselves, and don’t assume your standards are always the right ones. If gamers can’t take an honest question, then that’s not a good sign—but often accusations and criticisms masquerade as questions. In other words, don’t be afraid to start a conversation, but make it a conversation.

*If you’re not the gamer but you’re worried about someone who is, it’s okay to get involved, but do it the right way. Don’t be afraid to start a conversation but make it a conversation. 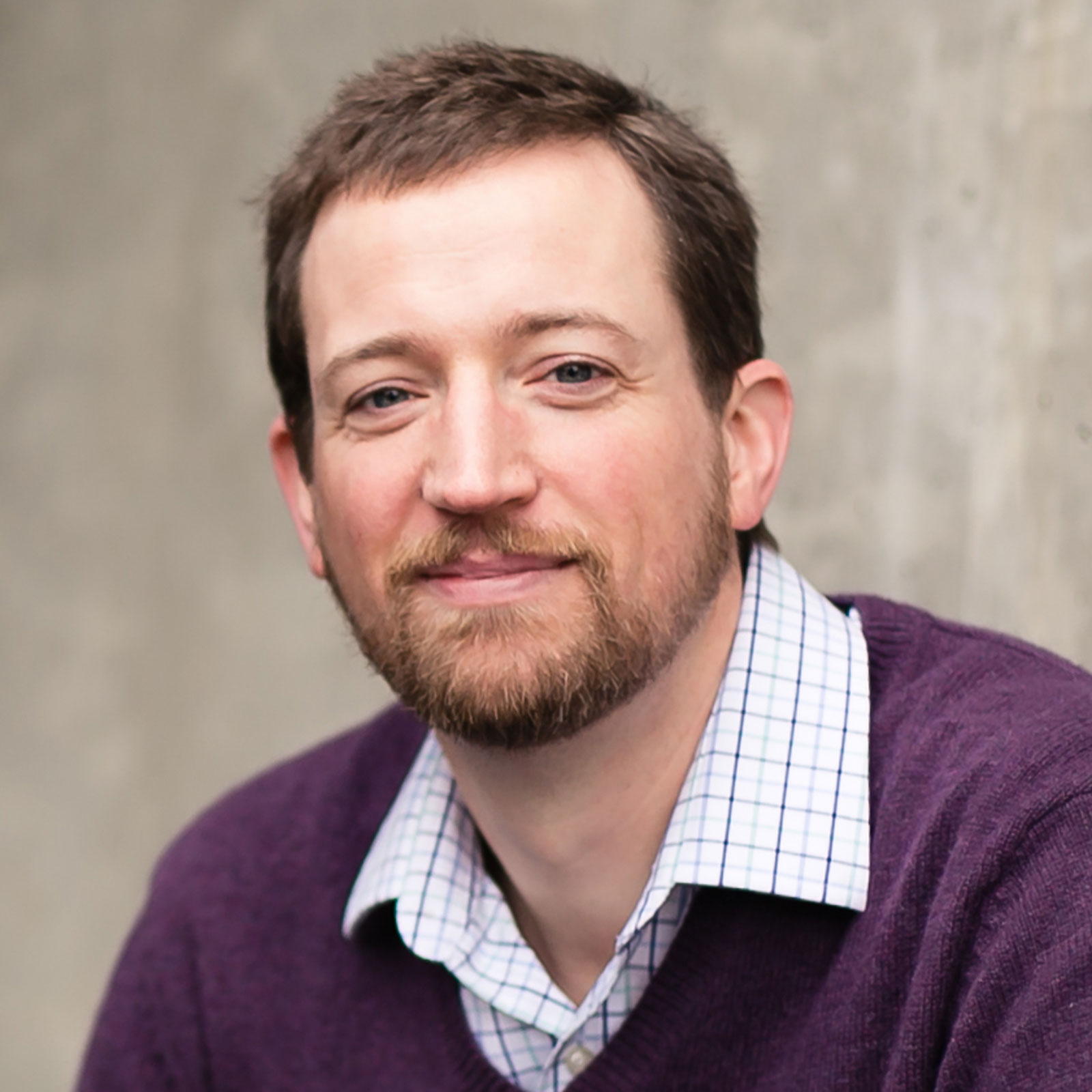 Kevin Schut is a Media and Communications professor and creator of the new Game Development program at Trinity Western University. He is the author of “Of Games and God: A Christian Exploration of Video Games,” and has written and spoken on games and a wide variety of topics such as narrative, masculinity and faith. 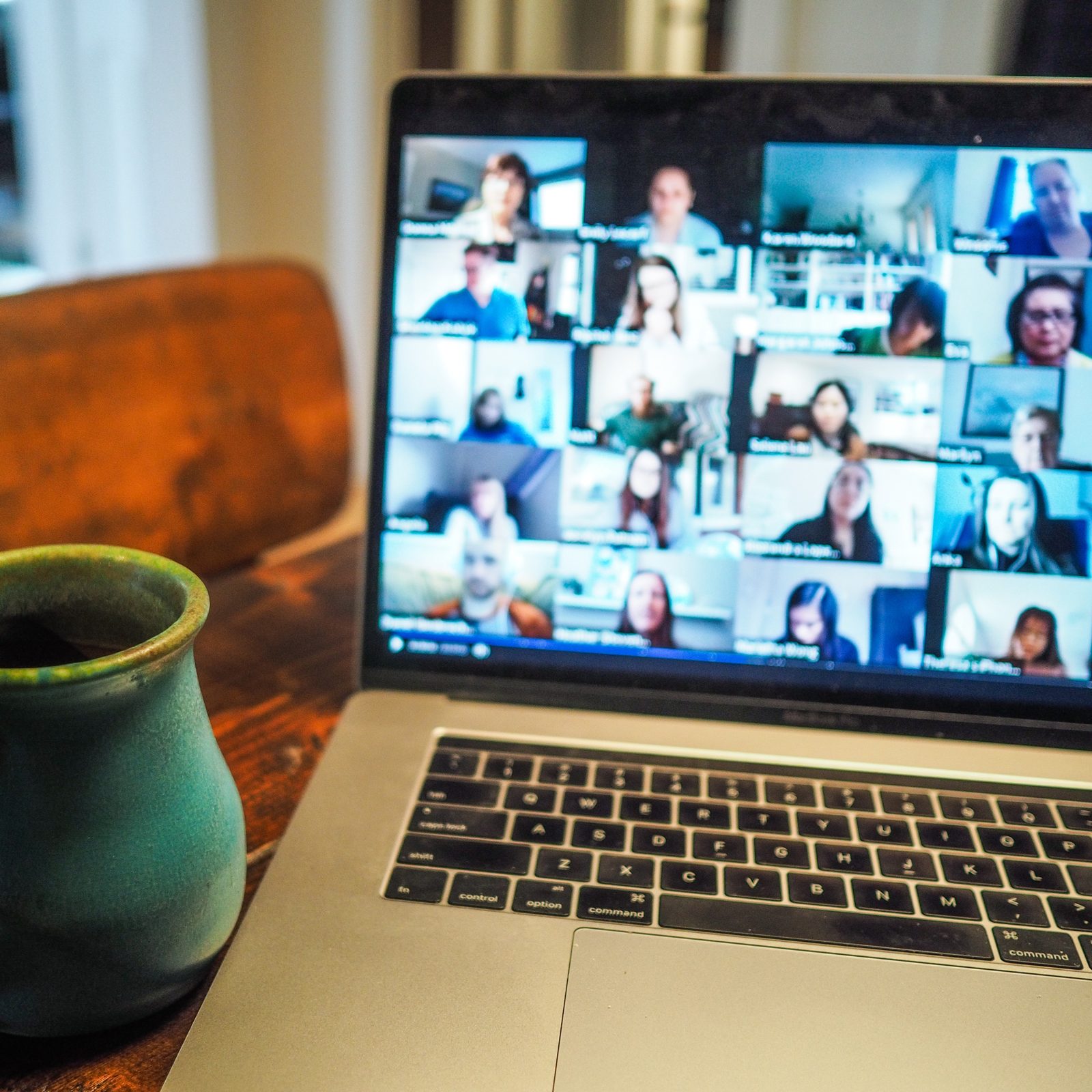 The Power of Reconnection 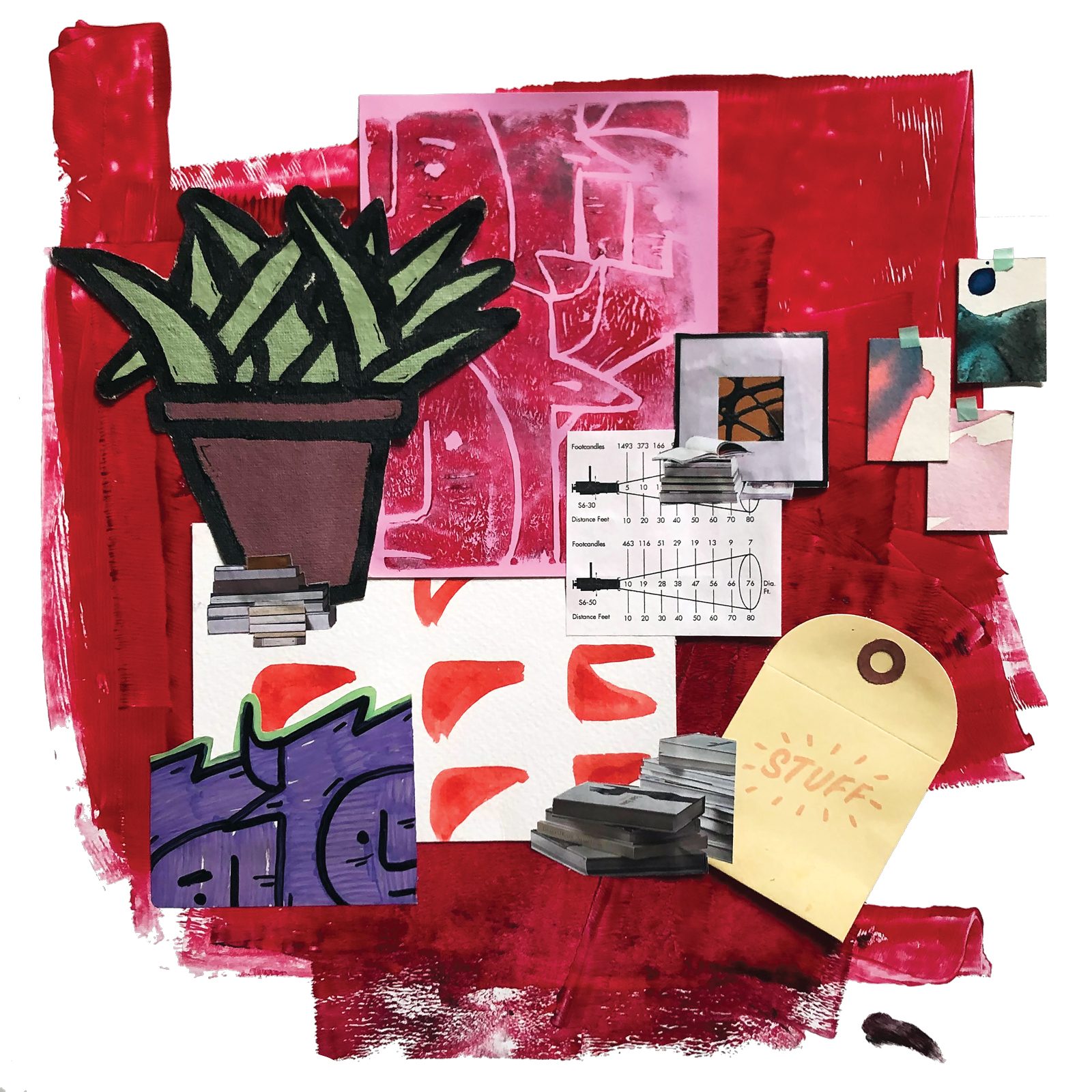 For the Love of Resale 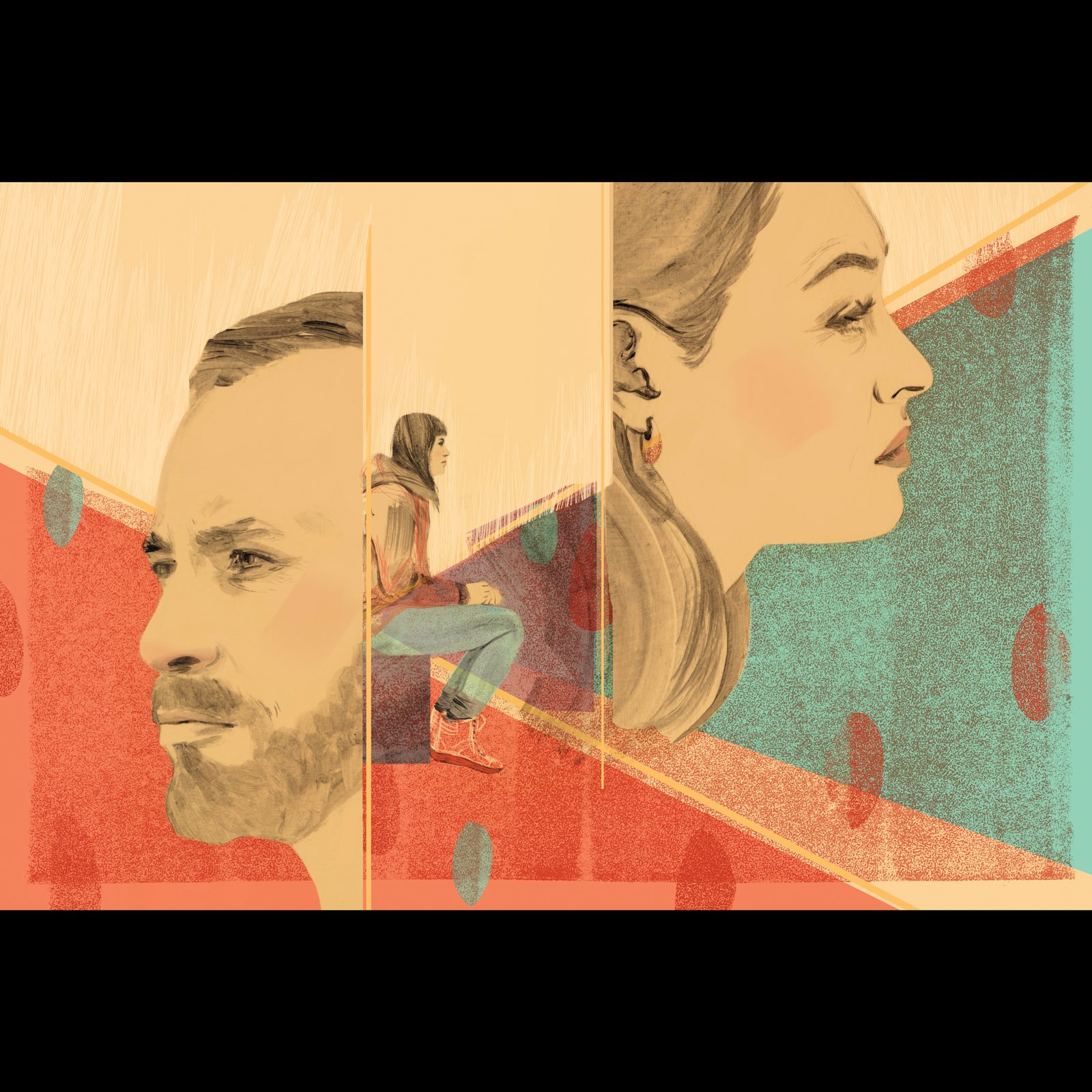